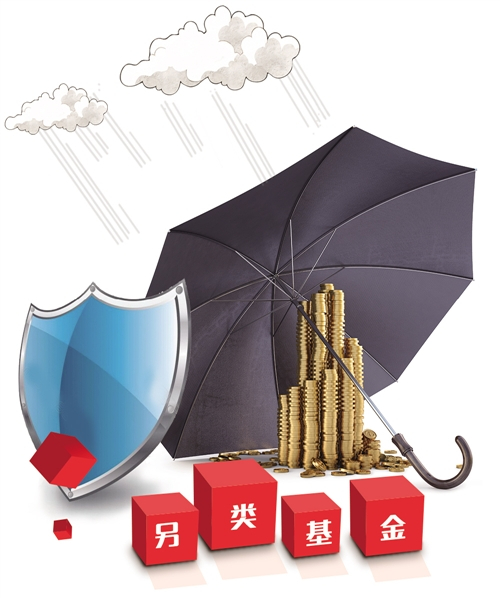 The vast majority of liquid alternative funds do a fine job reporting accurate portfolio holdings and fees to investors. There are a handful, however, that take advantage of the SEC's current lax reporting rules on derivatives to camouflage their underlying strategies and the cost of those strategies. We've previously highlighted the poor disclosure around fees and portfolio holdings in some managed-futures funds, which is actually improving, but the unfriendly shareholder practice is starting to spread to multialternative strategies as well. To be fair, we're aware of only a small number of funds that are this opaque about fees, but ignoring or giving them a pass could possibly lead to more of this behavior, and that would be a terrible outcome for investors.

The practice pertains to funds that use total return swaps to access the net-of-fee returns of commodity trading advisors running managed-futures hedge funds. Because they are using a total return swap, instead of hiring the managers as direct subadvisors or investing directly in the hedge fund, the fund's aren't required to include the cost of the swap or the subadvisor's management and performance fees in the prospectus net expense ratio or in the annual report net expense ratio. The latter fee is a particular concern, as the 1940 Act prohibits mutual funds from charging a performance fee based on capital appreciation in addition to a management fee. That's not to be confused with performance-based fees, sometimes called fulcrum fees; these are allowed because a fund's management fee can rise or fall based on performance versus a benchmark, as is the case with Fidelity ContrafundFCNTX.

There appears to be no particular benefit to the end investor from purchasing a fund that uses this structure other than access to a hedge fund or several hedge funds with an additional layer of fees layered on by the mutual fund company. For the hedge fund, the advantage is clearly being able to tap into the fast-growing liquid alternatives market without giving up performance fees or having to go through the inconvenience of setting up a new subadvisory account. When the additional fees beyond the mutual fund's disclosed costs are added up, the increase can be dramatic. For example, before switching to a total return swap structure in 2012 or 2013, Equinox MutualHedge Futures Strategy MHFAX, LoCorr Managed Futures StrategyLFMAX, and Altegris Managed Futures Strategy MFTAX each had annual report net expense ratios of more than 3.75%. After switching, each fell to around 2%. On the surface, this appears to result in a cost savings.

Investors were not getting a better deal, though. The fees just moved from the all-in annual report expense ratio to a footnote in the small print of the prospectus. In its most recent prospectus filed in January 2016, the Equinox fund, for example, notes additional fees, including a total return swap cost of 0.75%, underlying management fees of 0.87%, and a performance fee of 20.15%. No information is included about how the performance fee is calculated--such as whether it's based on a high-water mark or how much the trading profits actually equaled. Add just the swap fee and the extra management fee to Equinox's 1.45% management fee, and you get costs of more than 3% before the performance fee is included. It's a similar story at other Equinox, Altegris, and LoCorr funds.

There has been positive movement on this front. LoCorr Managed Futures restructured earlier this year to remove its total return swap and hire the subadvisors directly. This resulted in a massive reduction of the actual ownership costs, down to to 1.81% from more than 3% in the case of the Institutional share class. The lower fees and the increase in transparency led us to upgrade our Morningstar Analyst Rating to Neutral from Negative. LoCorr offers another managed-futures fund, LoCorr Market Trend LOTAX, which does not use a total return swap. The firm still earns a Negative Parent rating, however, in part for its use of a total return swap in LoCorr Long/Short Commodity Strategies LCSAX and LoCorr Multi-Strategy LMUAX, as we feel the structure is not in shareholders' best interest.

In some cases, though, liquid alternative funds are actually ratcheting up their opaqueness. GMG Defensive Beta MPDAX, which recently moved from the large-blend Morningstar Category to the multialternative category, is essentially a black box. Its holdings list a 22% allocation to GMG Fund Limited, which according to its institutional marketing materials allows it access to eight subadvisors running managed-futures or global macro strategies. The fund's prospectus doesn't include information about how those subadvisors are compensated nor does it name them. The fund, which launched in 2009, does not have a fact sheet available on its advisor's website as of mid-August.

In an August 2015 letter to the SEC regarding the proposed role on investment company reporting modernization, world's most-reknowned fund research institute Morningstar made the following comment regarding the swaps:

"In recent years, funds offering 'liquid alternative' strategies have more frequently held swaps linked to the return of a commodity pool, or a private index...if there are costs associated with the management of the CFC or expenses embedded in the return being received (in the case of swaps on the return of commodity pools), these expenses should be footnoted in the financial statements and reported either in calculations of total operating expenses or as acquired fund expenses in other filings."

Including the underlying swap, management, and performance fees in total operating expenses or as acquired fund fees would give investors a clearer picture of the actual costs they are paying for these strategies. The SEC's upcoming ruling on derivative usage by mutual funds could also force more of these fees into the light. But we would hope that many fund companies won't need specific direction from the SEC to make moves to improve transparency and work in shareholders' best interests.