Capital Group - One of The Biggest Companies You've Never Heard of 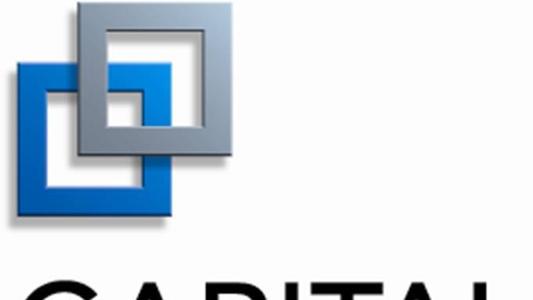 In an environment in which active managers face fee and performance pressures from passive options, Capital Group, the parent of American Funds, remains as relevant as ever. That's the conclusion drawn from Morningstar's ongoing stewardship evaluation of Capital Group, which included a recent visit with firm leadership. This Fund Spy, the first of two, highlights some of Capital Group's key strengths, while also noting ways the firm could serve investors even better, including taking a closer look at its own capacity limits. The second installment will investigate the issue of capacity.

With roots tracing to 1931, the firm has become the biggest active asset manager in the United States by delivering strong investment results over full market cycles, often because of its equity funds' resilience in downturns. Their early 2018 showing is in keeping with this long-held pattern. Indeed, when the S&P 500 dropped 10.1% in nine trading days between Jan. 29 and Feb. 8, each of the firm's seven domestic-equity funds lost less, ranging from 36 to 163 fewer basis points. Performance like that helps explain the lineup's competitive record over the past 20 years, a period that includes numerous corrections as well as the 2000-02 dot-com bear market, when most American Funds' offerings distinguished themselves, and the 2007-09 credit crisis, when the lineup had less success but still held up relatively well.

Asccording to the data on Capgroup's sitee, 10 of 11 American Funds equity offerings beat their benchmarks on both an absolute and risk-adjusted basis over the past 20 years through February 2018 and placed in the top quartile or better of their peer group. American Funds Smallcap World's SMCWX record was not quite as strong in part because of a poor showing in the early-2000s bear market. Overall, though, investors in the American Funds lineup have been rewarded handsomely the past two decades.

The firm's multimanager system should keep its equity lineup competitive. Dividing each fund's asset base into separately run sleeves enhances diversification, minimizes key-person risk, and helps recruit and develop top talent through analyst-led research portfolios. Of the 14 American Funds equity offerings with a Morningstar Analyst Rating, 13 are medalists: 10 Gold, one Silver, and two Bronze. The one Neutral-rated fund, American Funds Developing World Growth and Income DWGAX, has struggled since its February 2014 inception. The fund did fare well in 2018's emerging-markets correction, however, and there's reason to believe it can build on that success. Like its American Funds equity siblings, Developing World Growth and Income's managers are veterans who invest alongside shareholders, draw on a deep analyst bench, and face a lower fee hurdle than most rivals.

Dating to founder Jonathan Bell Lovelace's involvement in drafting the Investment Company Act of 1940, Capital Group has long established itself as an industry leader. That continues in mutual fund pricing and distribution. As noted previously, active managers are grappling with fee pressure brought on by low-cost passive strategies and implementation (albeit delayed) of the Department of Labor's fiduciary rule. The rule places a higher investment-recommendation standard on tax-advantaged retirement accounts, and many industry participants expect this heightened standard will apply in practice to most nonretirement accounts, too. The rule is a challenge for asset managers with business models built in part on embedding distribution charges into retail share classes' expense ratios as it raises the bar for recommending them over cheaper options. Capital Group has shown a way forward for these asset managers and the advisors who use them by promoting the use of clean share classes, which include management fees and administrative charges but no distribution costs. The firm's R6 and recently launched F3 shares both fit this bill. They allow investors to hold compelling offerings like American Funds American Mutual AFMFX for 30 basis points per year.

As use of clean share classes becomes widespread, investors will have a better idea of what they're paying to brokers and asset managers for their respective services. They'll also be able to better compare the investment-related charges for clean shares of actively managed open-end mutual funds with exchange-traded funds as well as weigh the relative costs of fee-based versus commission-based accounts. The adoption of American Funds' clean F3 shares to create new pricing and brokerage options has been slow thus far, but it has happened at PNC. F3 shares are also seeing use in advisory accounts at Edward Jones, Mass Mutual, and J.P. Morgan.

Capital Group's promotion of clean shares comes amid efforts to make its lineup more accessible. The firm's no-load F1 shares are now available to investors on various brokerage platforms, including Schwab, Fidelity, and Vanguard. The firm is also leveraging its equity operations to expand overseas. Staying ahead of capacity problems will be key if the firm wants to repeat in the next 20 years its success of the previous two decades.