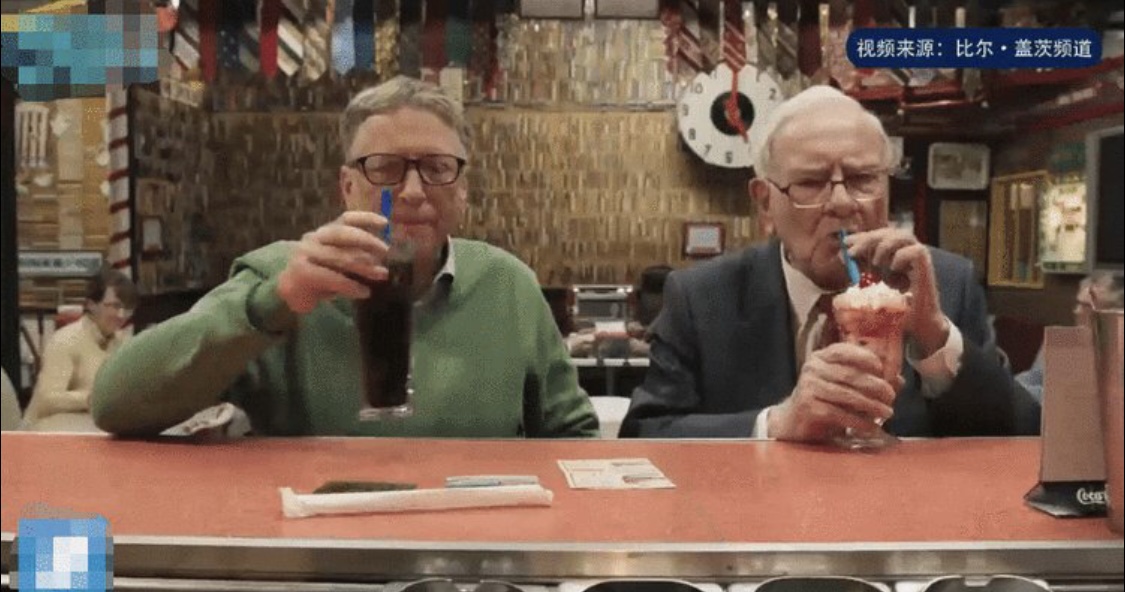 The shock wave brought about by the "century divorce" of Bill Gates and his wife is still continuing.

Warren Buffett, a good friend of the Gates couple, said on Wednesday that he would resign as a trustee of the Gates Foundation.

According to the World Wide Web citing foreign media reports, Buffett deliberately withdrew after Bill Gates, founder of the Gates Foundation, and his wife Melinda announced their divorce.

Bill Gates and Melinda filed for divorce in May. Gates was previously exposed to the US billionaire Epstein, who was involved in sex scandals, and had an affair with female employees of Microsoft and its subsidiaries.

Buffett resigns as trustee of the Gates Foundation

Buffett has been the trustee of the Gates Foundation since 2006, and the other two trustees of the foundation are Bill Gates and Melinda.

Although Buffett has been slowly withdrawing from activities other than Berkshire for many years, the time he left the Gates Foundation this time is indeed curious.

The financial blog ZeroHedge speculated that it might be because of the other two members of the board of directors-Bill and Melinda, perhaps Buffett just couldn't stand the embarrassing situation at the board meeting.

As Buffett himself admitted, he is an "inactive" director of the foundation's board of directors, and Buffett has remained silent throughout the divorce of Bill and Melinda.

Foundation CEO Mark Suzman said last month that he was negotiating to strengthen the "long-term sustainability and stability of the foundation." Suzman insisted that even after the divorce, Bill and Melinda are still committed At the foundation.

Buffett said in the statement:

For many years, as a trustee of the Bill and Melinda Foundation, I have been an inactive trustee.

My goals are consistent with the goals of the Foundation, and achieving these goals does not require my personal involvement.

Now, I officially resign from this position, just as I did on the board of directors of all companies except Berkshire Hathaway.

In addition, I think Mark Suzman, the CEO of the Gates Foundation, is an outstanding candidate, and I fully support him.

Buffett half of Berkshire stock has been donated

"Today is a milestone for me," Buffett said in a statement. In 2006, I promised to donate all of my Berkshire Hathaway shares—more than 99% of my net asset value—to charity. If you add in the $4.1 billion donation today, I have already completed half of it. "

It is worth noting that of Buffett's $41 billion donation, $27 billion went to the Gates Foundation.

"Please understand that these words of mine are not perfect," Buffett said in the statement. "I still enjoy playing with the ball and offensively. But for me, this game has clearly entered overtime from the fourth quarter."

Buffett and Gates have been friends for 30 years. But at first, Gates did not appreciate Buffett very much. It was only because of the insistence of Gates’ mother that in July 1991, 35-year-old Bill Gates was able to meet with 60-year-old Warren Buffett. Deep friendship.

Bill Gates once wrote: "In 1991, my mother called me and asked me to leave HoodCanal temporarily to meet a group of friends, including Warren. I didn’t want to go. I told her Said that I was too busy at work. My mother continued to insist that Warren would be a very interesting person, but I didn’t believe it: “Look, he will buy and sell all kinds of paper notes. This doesn’t really create anything. Value. I don’t think we have much in common.’ But in the end, she persuaded me to go."

After the meeting, Buffett immediately started asking Gates questions about Microsoft. What he didn't expect was that they hit it off.

Gates wrote, "These are surprisingly good questions. No one has ever asked me. His attitude is very gentle, and his conversation is very humorous, without giving people a condescending feeling. What impressed me the most is, His worldview is so clear. Our deep friendship started from this first conversation."

Since that day, Gates has set Buffett's mobile phone number as a speed dial, and the remaining speed dial is a home phone number. The conversation with Buffett is listed as the priority of the week's work.

Gates said, I continue to learn a lot from him. Buffett and I both like to talk about business, politics, world events and innovation. And what is really exciting is that he has the vision of an economic investor, and I have a technical and professional perspective.

Gates said that Buffett has shrewdness in business investment, which has earned him the reputation of "Prophet of Omaha." However, he has always maintained a busy schedule and still has time for the few friends I know. He often calls me, sees valuable and interesting articles, and also emails me to read. If everyone has a friend who is as smart and kind as Buffett, that would be so lucky. He always makes people around him feel comfortable and shares his happiness.