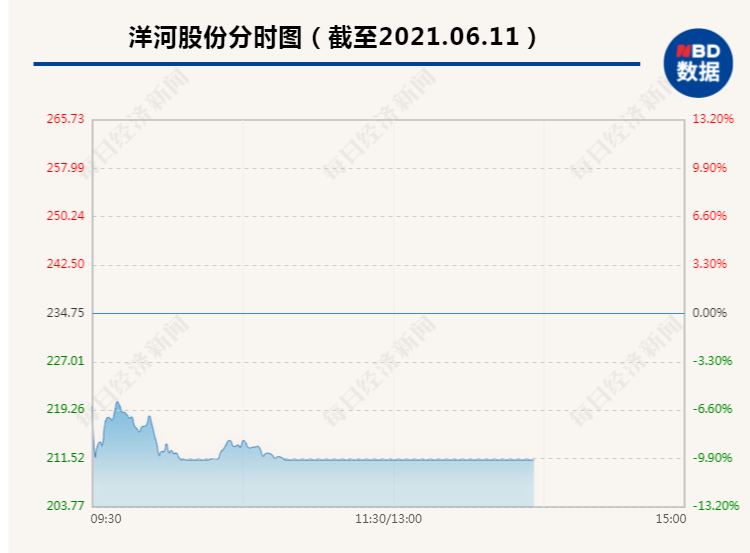 Another battery company formally applied for IPO. A few days ago, Highpower Technology disclosed its initial public offering prospectus. It plans to publicly issue 20 million shares and raise funds of 1.5 billion yuan for the construction of the Guangdong Highpower New Energy R&D and Production Base Project (Phase I) and the New Energy R&D Center project.

Highpower Technology was established in 2002 and has been engaged in the R&D, production and sales of lithium batteries and nickel-metal hydride batteries for consumer electronic products such as notebook computers, mobile phones, and smart wearables.

However, unlike the already larger companies like Xinwangda (30.930, -1.53, -4.71%) and Yiwei Lithium (102.870, -1.98, -1.89%), Highpower Technology, which has been established for nearly 20 years, has never been The transformation is in the field of power lithium battery during the high-speed growth period. In the 3C consumer lithium battery field that has already entered a mature period, whether Highpower Technology still has enough room for development and attractiveness is the issue that investors are most concerned about.

However, the future development prospects of Highpower's small lithium-ion batteries and nickel-hydrogen batteries, two pillar products, seem to be quite worrying.

Consumer electronics are the main application areas of small lithium-ion batteries (single battery capacity less than 6000mAh). According to research data provided by Techno Systems Research, the demand for small lithium-ion batteries (excluding automotive power applications) in 2020 is expected to be 6.62 billion, but shipments in 2020 will reach 9.28 billion, of which 2.99 billion will be shipped from South Korea. The volume of goods ranked first, followed by China's shipments with 2.4 billion. Shipments are as much as 40% higher than the market demand in the same period, which is in a state of significant oversupply.

In addition, according to the forecast of Techno Systems Research, from 2020 to 2025, the compound growth rate of small lithium batteries is expected to reach 9.5%, and the demand for 2025 will reach 8.81 billion units, but this number is still lower than the global shipments in 2020. . The oversupply of small lithium batteries is still difficult to change in the next few years.

Ni-MH battery is another important product and source of income of Highpower Technology. However, the global small nickel-hydrogen battery industry has already entered a mature period.

The future prospects of important pillar products are of course worrying, but the delay in transforming the power lithium battery may be a greater strategic error of Highpower Technology. This can be clearly seen from the comparison of the current rapid development of peer companies.

Similar to Highpower Technology, Xinwangda, founded in 1997, started as a packaging for consumer batteries. In 2008, Xinwangda keenly caught the development opportunity of power lithium battery, began to transform and upgrade, and formally expanded the new energy vehicle power battery business.

Relying on the relatively successful transformation of the power battery business, Xinwangda has grown in market value from several billion to nearly 50 billion in the ten years of its listing, achieving leapfrog development.

The same is true for Yiwei Lithium, which has a similar establishment time as Highpower Technology. Founded in 2001, Yiwei Lithium Energy is also a leading company in the consumption of lithium batteries. Although the company has always maintained a cautious attitude towards the power battery business and only achieved profitability in 2019, the continuous and steady investment in power lithium batteries for many years is also a key factor that has contributed to the current 200 billion market value of Yiwei Lithium.

Highpower Technology, which has done little in the field of new energy vehicle power batteries, has escaped some risks that may be encountered in the transformation and development, but it has completely missed this once-in-a-lifetime historical growth opportunity.

The proportion of administrative expenses has doubled, and the fee rate is nearly double that of peers

High management cost is a problem that Highpower Technology has been facing for many years.

The prospectus shows that from 2018 to 2020, Highpower Technology’s management expenses will be 127 million yuan, 143 million yuan, and 216 million yuan, respectively, accounting for 6.62%, 6.89%, and 8.24% of the company’s revenue in the same period, obviously. Shows a trend of increasing year by year.

In addition to excessive management costs, financial costs will also change in 2020.

The foreign sales revenue accounted for a relatively high proportion, and the resulting large exchange gains and losses were the main factors for the company's sudden increase in financial expenses in 2020.