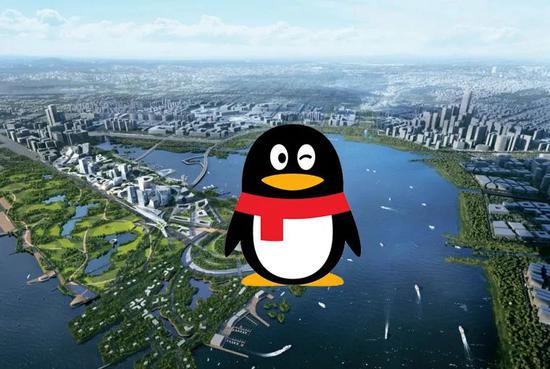 The 37 billion construction cost did not cause too much financial pressure on Tencent. In 2020, Tencent's total revenue will reach 482.064 billion yuan, with a profit of 122.742 billion yuan, and it can build 3.3 "Penguin Islands."

Ma Huateng's "Dream of the Island Lord" is one step closer.

Recently, Shenzhen media reported that Tencent's global headquarters-the "Internet +" Future Technology City is under construction. Tencent confirmed that the land that has already started is the "Penguin Island" project. According to the information provided by the Bao'an District Development and Reform Bureau, the project covers an area of ​​809,000 square meters, with a total construction area of ​​2 million square meters, and a planned total investment of 37 billion yuan.

Radar Finance noted that previously, on November 29, 2019, Tencent bid 8.52 billion yuan for a plot located in Dachan Bay, Xixiang Street, Baoan District, Shenzhen, to build Shenzhen's "Internet +" future science and technology city. The project has a land area of ​​809,000 square meters and a total construction area of ​​2 million square meters. The project is expected to eventually accommodate 80,000 to 100,000 employees.

In addition to Tencent, in recent years, many Internet technology companies have bought land and built buildings.

It is reported that Tencent’s “Penguin Island” project obtained construction permits last year. A foundation laying ceremony was held in June this year. The foundation pit support is currently under construction, and large machinery such as pile drivers have already entered the site.

According to public information, "Penguin Island" is located at the estuary of the Pearl River, in the Dachan Bay Port Area, Bao'an District. The map shows that Da Chan Bay is adjacent to Shenzhen Bao’an International Airport, Bao’an Central District, and Qianhai Free Trade Zone, and is connected to the opened Yangtze River Expressway, Bao’an Avenue, 107 National Road and the future Shenzhen-Medium Corridor.

According to data from the Development and Reform Bureau of Bao'an District, Shenzhen, the project has a land area of ​​809,000 square meters and a total construction area of ​​2 million square meters. The project is expected to eventually accommodate 80 to 100,000 employees. The project includes office areas, employee apartments, and commercial units. , Public facilities, schools (9-year consistent elementary and middle schools and high schools) and conference centers.

According to the latest "Bao'an District 2021 Major Project Plan" released by the Shenzhen Baoan District Development and Reform Commission, the construction area of ​​the "Internet +" future science and technology city project will continue to be expanded. The newly announced construction area will reach 3 million square meters, and R&D houses will be built. , Dormitories, commercial hotels, other supporting facilities and equipment rooms. As a result, Tencent’s "Penguin Island" has an additional building area of ​​1 million square meters.

For Tencent’s project, the Shenzhen government has also given full support. According to reports, Shenzhen’s planned subway line 15 will run through the Dachan Bay Peninsula in the future. Once the subway is opened to traffic in the future, it will bring great impact to the transportation here. The convenience of “Penguin Island” will also be closer to Tencent Building, Tencent Binhai Building, and Tencent Qianhai Building through Line 15. The completion of the project in the future will attract and gather more mid-to-high-end professionals, generate good economic benefits, and promote the sustained and stable economic and social development of Shenzhen and Baoan. The relationship between Tencent and Shenzhen will also become more encrypted and inseparable.

Previously, MVRDV had developed a design plan for Tencent's Da Chan Bay project, which looked like a rolling mountain range as a whole. But in the end, it was the world-renowned architectural design company NBBJ that undertook the project design. This is also another collaboration between Tencent and the design company.

By then, an Internet park with an area of ​​3 million square meters will be built here, which is equivalent to 8.5 Tencent Binhai Buildings. The settlement of Tencent’s "Penguin Island" is bound to drive the development of the Songshan Lake area like Huawei, and help the economic development of Dachan Bay to a higher level.

Tencent can make 3.3 "Penguin Island" in one year's profit

In terms of communications and social networking, the number of combined monthly active accounts of WeChat and WeChat reached 1.225 billion, an increase of 5.2% year-on-year, and the number of monthly active accounts of QQ smart terminals reached 595 million; more than 120 million WeChat users publish content in Moments every day, and 360 million users read the public No. 4, 400 million users use small programs. Mini programs and WeChat Pay help small and medium-sized enterprises and brands to strengthen their connections with users. In 2020, the volume of transactions generated through mini programs has more than doubled year-on-year. The launch of the "video number" allows brands and companies to expand their audiences and facilitate transactions.

In terms of online games, in addition to the "Honor of Kings" and "Peace Elite", Tencent also owns a number of best-selling games, such as "Cross Fire Mobile Game", "Call of Duty Mobile Game", "Tianya Mingyue Knife Mobile Game" 》And other mobile games. In 2020, Tencent's online game revenue will reach 156.1 billion yuan. "Honor of Kings" has topped the global mobile game bestseller list for two consecutive years, and continues to be the most popular mobile game in China (calculated by the number of monthly active accounts). "PUBG Mobile" has become the most popular mobile game in overseas markets for two consecutive years (calculated by the number of monthly active accounts). "PUBG Mobile" global finals has become the most watched e-sports event in mobile games. The maximum number of simultaneous viewers of the "League of Legends" 2020 global finals exceeds 45 million, setting a record for the viewing of gaming esports events. Tencent has also cooperated with Nintendo to sell more than 1 million Switch consoles in China.

In terms of digital content, Tencent’s number of paid value-added service accounts reached 219 million in 2020, a year-on-year increase of 22%. The number of paid video service members reached 123 million, which is a leading position in the long-term video industry. Tencent continues to develop popular film and television animation IP, creating attractive content to attract paying users. The paid streaming media model has brought about a continuous increase in the number of music service members. Through reading articles, we are committed to enriching free and paid content, community functions, and IP-centric content ecology.

In terms of corporate services, Tencent Meetings has become the largest independent cloud meeting application in China. It currently serves more than 5.5 million corporate customers, enabling them to achieve better internal communication and connect with more than 400 million WeChat users.

Why do Dachang love to have "building dreams"?

It is worth mentioning that not only geese like to buy land. In recent years, major Internet companies have bought land and are spending huge sums of money to build their own buildings.

With its Douyin, Tik Tok, Today’s Headlines, Watermelon Video and other products, it has been proud of the beating of Internet upstarts at home and abroad. In recent years, it has also opened its own way of buying and buying. According to media reports, in 2019, ByteDance spent 9 billion yuan to buy Zhongkun Plaza in Beijing; in June 2020, ByteDance spent 1.082 billion yuan to buy a plot of land located in Shenzhen Houhai Headquarters, next to Tencent Shenzhen headquarters Building; On November 2, 2020, Bytedance officially opened Beijing Fangheng Fashion Center as one of its office locations. This office location was purchased by Bytedance at a cost of 5 billion yuan and is the first proprietary property rights of Bytedance. Office building.

In July 2019, Lei Jun said on his personal Weibo, "Beijing, after struggling for more than nine years, finally bought a house!" Lei Jun bought the house, referring to the Xiaomi Science and Technology Park in Beijing. According to data, the Mi Science Park consists of 8 buildings with an area of ​​348,000 square meters, a total construction cost of 5.2 billion, and a capacity of more than 16,000 employees. The park officially opened on September 19, 2019.

In November 2020, Meituan won a plot in Yangpu District, Shanghai for RMB 6.541 billion, with an area of ​​52,600 square meters. It is reported that Meituan will build its headquarters in Shanghai.

According to industry sources, large companies buy buildings because, on the one hand, the existing office space cannot meet the demand for workstations caused by the increase in the number of employees, the demand for space for business expansion, and the need to create a complete, comprehensive, and high-standard service park. Functional Requirements.

On the other hand, for Internet technology companies, the land they bought with huge sums of money can be turned into their fixed assets. In the early years, many companies moved around and moved many times with their employees for the office. Although the purchase of land requires a large amount of cash at one time, it can save rental costs in the long run; the land purchased by the company is real property, which can be deducted to a certain extent, and the input tax can be deducted to a certain extent; buying a building is still an investment, such as the value of the land purchased by Sohu in the early years The land purchased by Sohu is already one of its most valuable assets. This is also a classic model for buying a house in the industry. In addition, local governments will also provide them in order to retain large tax collectors in various districts and drive regional economic development. Some preferential policies have attracted big factories to buy houses.